Poy Sang Long – a ceremony among the Shan minority, celebrated in Myanmar and neighboring Thailand. The majority of Shan are Theravada Buddhists. Poy Sang Long is the kickoff for several boys between seven and fourteen years of age to participate in the monastery life for a period of time. In Thailand, where Shan immigrants have brought over the traditions from Myanmar, the ceremony goes on for three days, as the boys (dressed like princes in imitation of Gautama Buddha, who was himself a prince before setting out on the religious path) spend the entire time being carried around on the shoulders of their older male relatives. On the third day, they are ordained. Thus, the novices enter the monastery for a period of at least one week, and perhaps many years.

On the first day of the festival, the boys have their heads shaved and are anointed with turmeric and dressed up in the colours of a Buddha in his teenage years, with traditional accessories: long white socks, plenty of jewellery, a headcloth decorated with colorful flowers, a rich decorated umbrella and heavy face make-up. They are then announced to the guardian spirit of the town and taken around the temples. The second day involves offerings to the temples and a spectacular parade, headed by a drummer. The boys, still in their finery, are each carried on the shoulders of their father, accompanied by musicians and bearers of traditional offerings. In the evening, the novices get back home and dance with their parents and relatives, before the ordination ceremony in the temple on the third day. It’s basically like temple hopping. In each temple an important monk is blessing the kids or telling a tale. Once they enter the monastery on day 3 they start learning about the basics of buddhism. The atmosphere is very mysterious, since there is a lot of tradition involved. I was captivated to see the change from a normal boy into a girlish looking prince. People are dancing to drumm rhythms, some are sweating because the kid is just too heavy. It’s one of the most important days in the life of the boys. The parents are in a great mood and proud of the moment where their kid is leaded to the spiritual path.

The Shan (also known as Tai Yai in Thailand) welcome everyone to experience this very moment with them. As the only foreigner showing interest, I was even invited to eat with them and dance to the rhythm of the drums. One father, a coconut seller from Chiang Mai, explained the purpose of the festivities and motivated me to follow the parade (even into the temples). 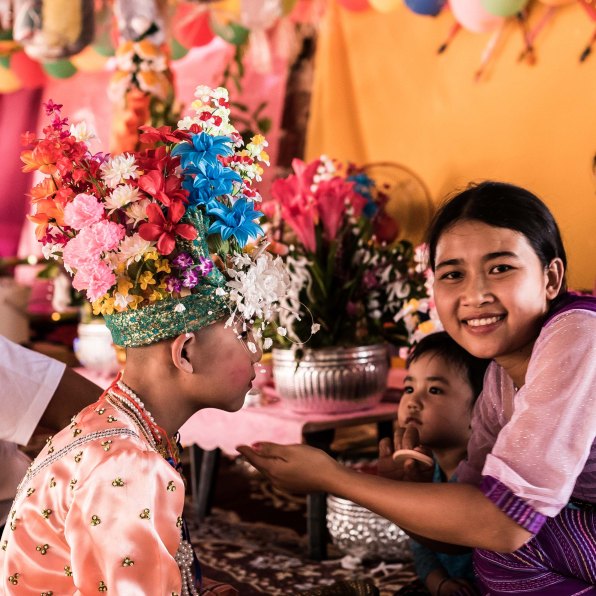 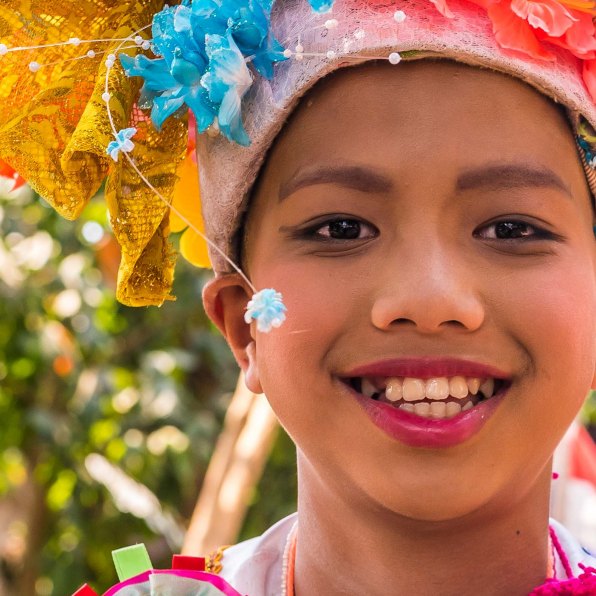 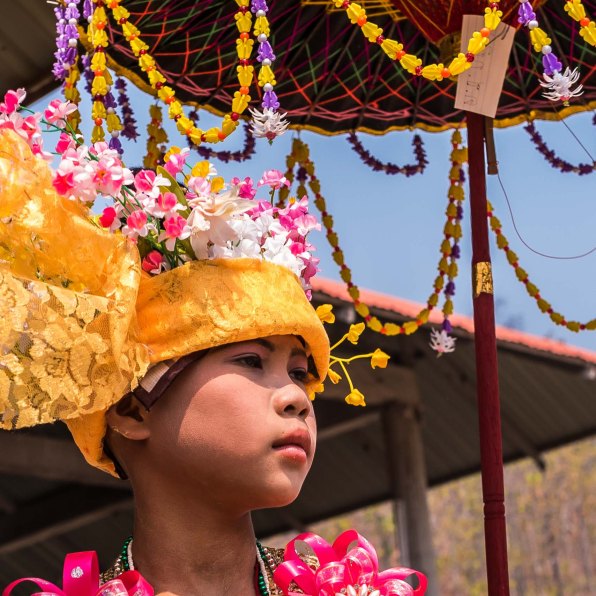